History of HVAC: The Air Conditioning

Without air conditioning, this extreme heat wave happening at the Lake of the Ozarks would make this summer unbearable. AC used to be considered a luxury item, but in today’s world, it is definitely considered an essential. It is hard to imagine life without it. We use AC to cool our homes, hospitals, data centers, laboratories and other important buildings. According to the Energy Information Administration, 48 percent of a home’s energy consumption is a result of heating and cooling. In today’s blog, Royal Heating & Air takes a look at the history of air conditioning and how it became such a vital element in today’s society. 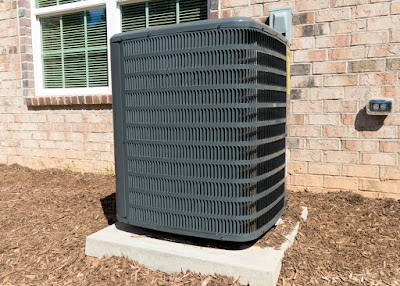 The Beginning of AC

In the 1840s, John Gorrie, a Florida doctor, believed that the way to avoid diseases, such as malaria, was to cool the patients down and make them more comfortable. He came up with a way to cool the hospital rooms down with ice. Unfortunately, the ice had to be shipped from frozen lakes and streams in the north to Florida. This became very expensive, so Dr. Gorrie began experimenting with the concept of artificial cooling. He designed a machine that created ice using a compressor powered by a horse, water, wind-driven sails or steam. In 1851, he was granted a patent for his design, but failed to bring his invention to the marketplace. Although he was unsuccessful, his invention laid the groundwork for modern refrigeration and air conditioning.

It wasn’t until several years later that the idea of artificial cooling was picked up again. Willis Carrier, a young engineer, took a job at Buffalo Forge Company in 1902 with the task of solving a humidity problem. The company he worked for printed magazines, and with the high amount of humidity at the plant, the pages would wrinkle and stick together. Carrier designed a system that controlled the amount of humidity using cooling coils. He secured a patent for his machine that could either humidify (by heating the water) or dehumidify (by cooling the water) air.

While refining his machine, he also designed and patented an automatic control system for regulating the humidity and temperature of air in textile mills. Soon, Carrier realized that humidity control and air conditioning could benefit many other industries. He eventually left Buffalo Forge and formed Carrier Engineering Corporation. 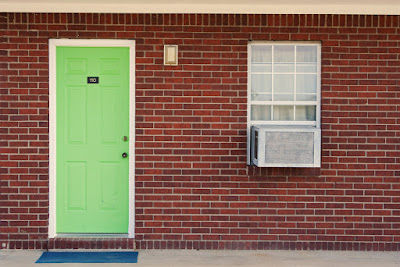 Air conditioning was slowly being brought to the American public. Even with the great depression, theaters would spend anywhere from $10,000 to $50,000 on a system that Carrier produced. Theaters were one of the rare places Americans could enjoy artificial air during the hot summer days. Although there were huge advancements in cooling technologies, the systems were still too large and expensive for home use.

In 1929, Frigidaire introduced the split-system, a unit that was shaped like a radio cabinet and small enough to use in the home, into the marketplace. However, it was very heavy, expensive and required a separate, remotely controlled condensing unit. General Electric improved on this and designed a self-contained room cooler. They produced 32 similar prototypes from 1930 to 1931.

H.H. Schultz and J.Q. Sherman patented a small AC unit that could be placed on a window ledge. They were available for purchase in 1932, but were not very popular due to their high price tag.  It wasn’t until Henry Galson developed a more compact version of the window AC, that homeowners could enjoy artificial air without having to make expensive upgrades.

By the late 1960s, most new homes had central AC and window ACs were more affordable, which led people to move to the hot-weather states like Arizona and Florida. With the energy crisis in the 1970s, laws were passed to reduce energy consumption, which led to the development of the Energy Department’s Appliance and Equipment Standards Program. This established a federal energy efficiency standard for AC manufactures.

With temperatures rising and the humidity settling in, Lake of the Ozarks residents will be using their AC systems more and more. Make sure your AC is working properly by giving us a call at 573-480-4313 today! From preventative maintenance to complete furnace and air conditioning installations at the Lake of the Ozarks, we can provide you with affordable, dependable, trustworthy service.